In 2008 I participated in ‘Cascoland Durban’ in South Africa. The laboratory phase of this project ran for 2 months in which a wide range of projects was launched. All these projects were presented during a 10 day manifestation; a daily street parade, mobilizing audiences to become part of the intervention.

I made a photographic report of the Cascoland project, did weekly Major B performances and worked with Jan Corbes on the Bin band, but my main project was ‘The Mosquito bin’, a cooperation between Rike Sitas and me. The streetparade of the festival gave us the opportunity to dive into the core business of Cascoland; interacting with people in public space.

The ‘Mosquito bin’ we developed is a device that gives ánd takes, it is a multitasking eye-catcher that entertained the public whilst capturing their images during the parade route. A selection of these photo’s is part of the cataloque of this Cascoland project. They form a photoline that spans the publication and ‘chronologically’ covers the paraderoute from the start at Nicol square until the finish at Warwick triangle. 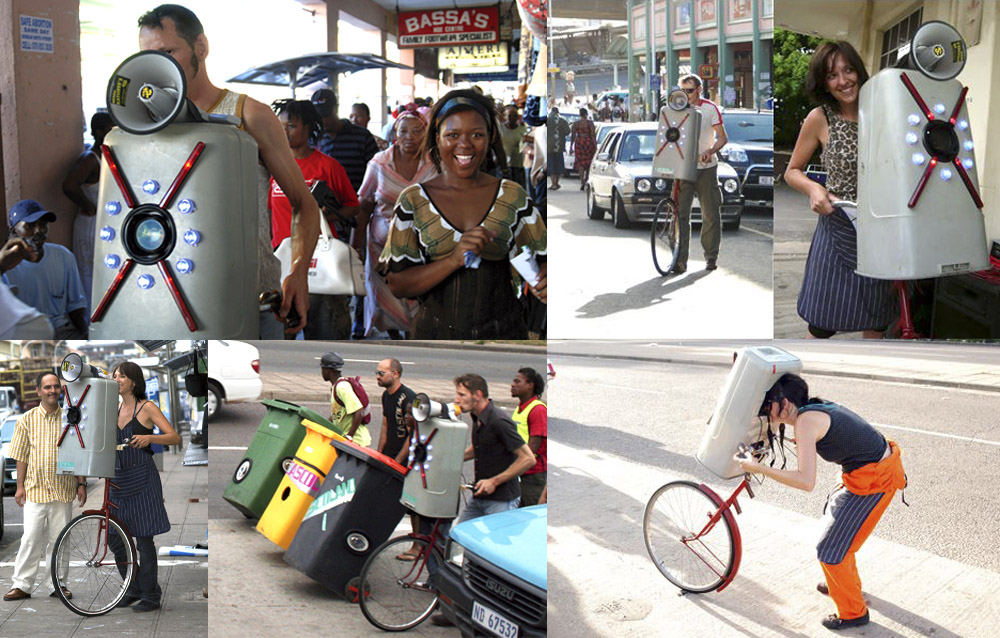