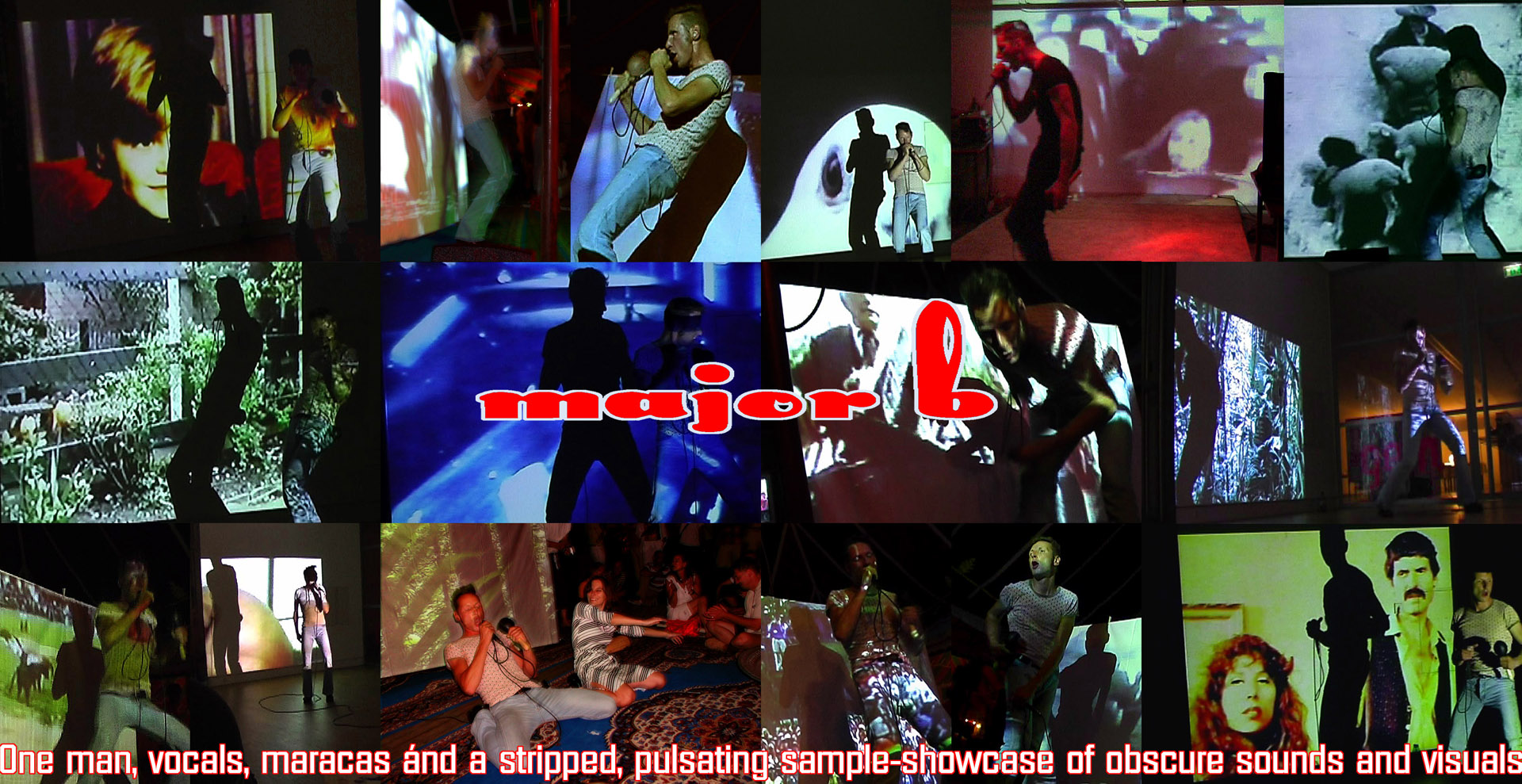 Major B cuts up analogue, obscure audio samples from all over the world and merges them in his own audiovisual recordings or found video footage. This shuffle results in rhythmic, surreal pieces that tell about people, animals and their bizarre encounters. These sounds and visuals form basis and background for his vocals and maracas on stage, where the projection works alternately as a spotlight or a camouflage kit.

Major B performed at all Cascoland projects, at the Slovenian Isola Filmfestival and at Dutch venues like; the Lowlandsfestival, the Van Gogh Museum-Amsterdam, the Kunstvlaai, Paradiso-Amsterdam, the Oerolfestival, Photography Museum Foam-Amsterdam, in Movie theatre Lantaren/Venster-Rotterdam, the Gem/Fotomuseum-The Hague and at Museum Van Bommel van Dam in Venlo. 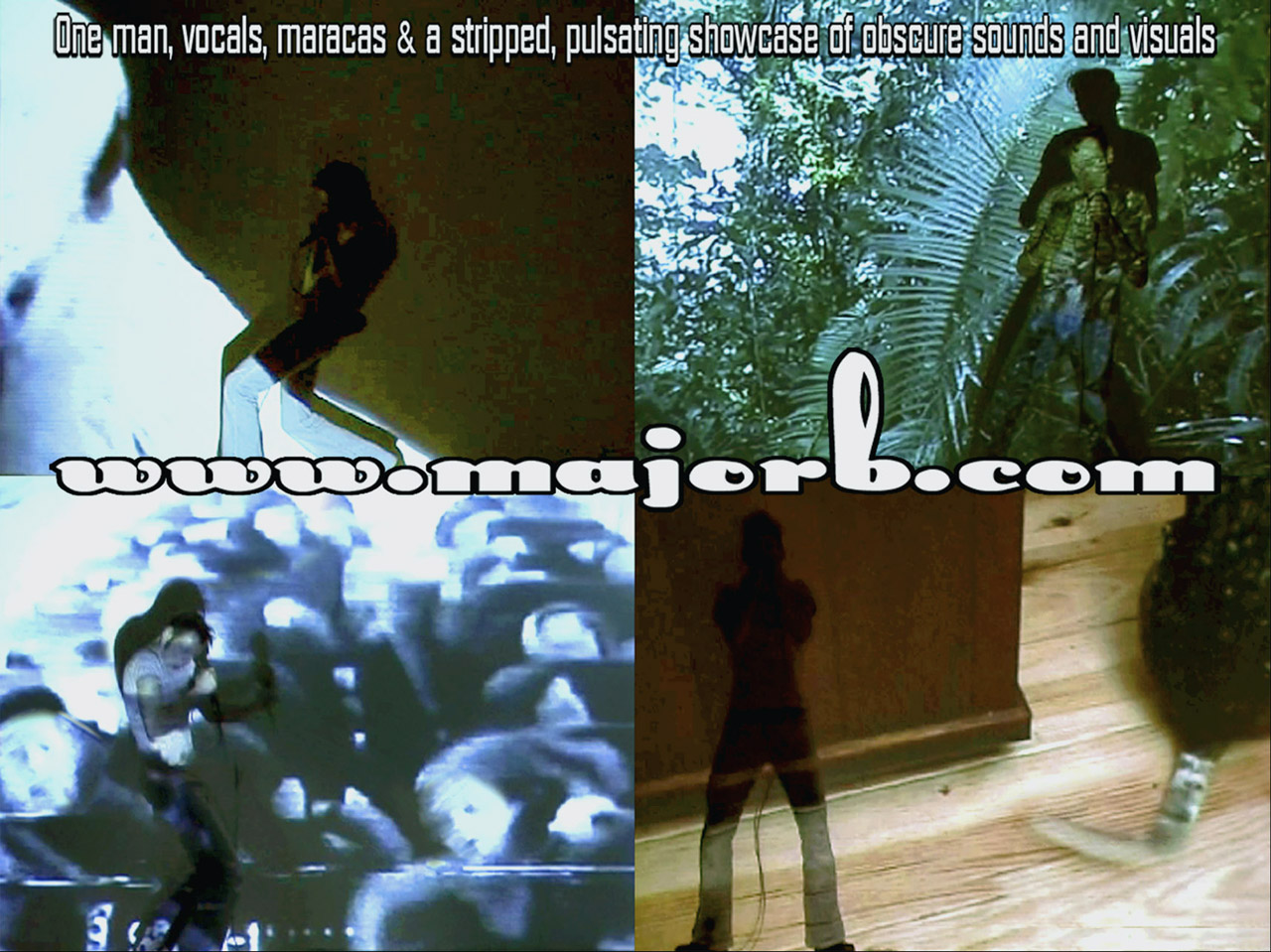 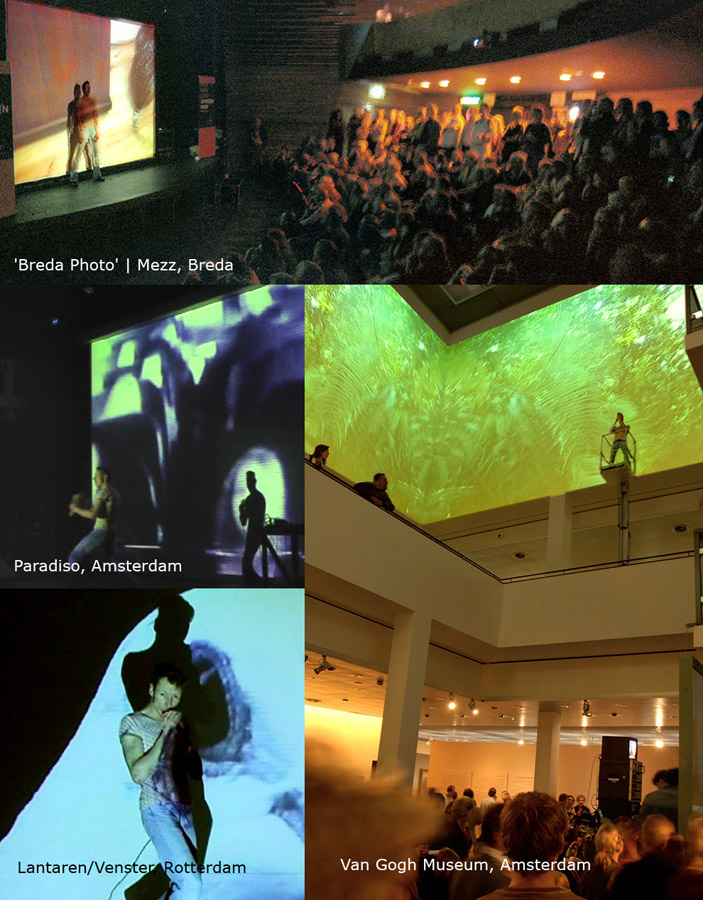 11-’06 Amsterdam Weekly, newspaper for music, film, art & events; ‘…an impossible-to-pigeonhole performer armed with maracas and raw vocal talent …Major B’s performance is a fantastic juxtaposition of quirky elements …Most striking is the artist’s singing style, a kind of lyric-less chant that alternates between sounding Middle Eastern and bluesy, like early Elvis Presley.’

08-’06 Website Zomerparkfeest Venlo; ‘…Image and sound melt together into a synergetic boiling point while the music vaguely resembles an obscure, freaked out John Spencer.’

04-04-’07, Eindhovens Dagblad, Daily Newspaper; Audio III, De Fabriek, Eindhoven ‘…In this flirt between visual arts and music Major B beats them all when it comes to alienation and weirdness …He stands straddle-legged in front of a big projection screen on which some disastrous and awkward scenes take place …His audiotracks and vocals are as bizarre. Is this still music you wonder …These ‘images of sound’ diverge from the usual paths to make music and that’s quite refreshing.’

#7, 04-’05, LFTFLD, Dutch magazine for culture and counterculture; HPVK, Amsterdam ‘… a thundering home match from the by now legendary ‘live video clip act’ Major B. His pounding show was loudly received by the big crowd in a totally overheated HPVK where shiploads of sweat and ‘attention’ dripped from the walls. ‘Is there a war going on over here?’ an anxious neighbour wondered while taking up the mess.’